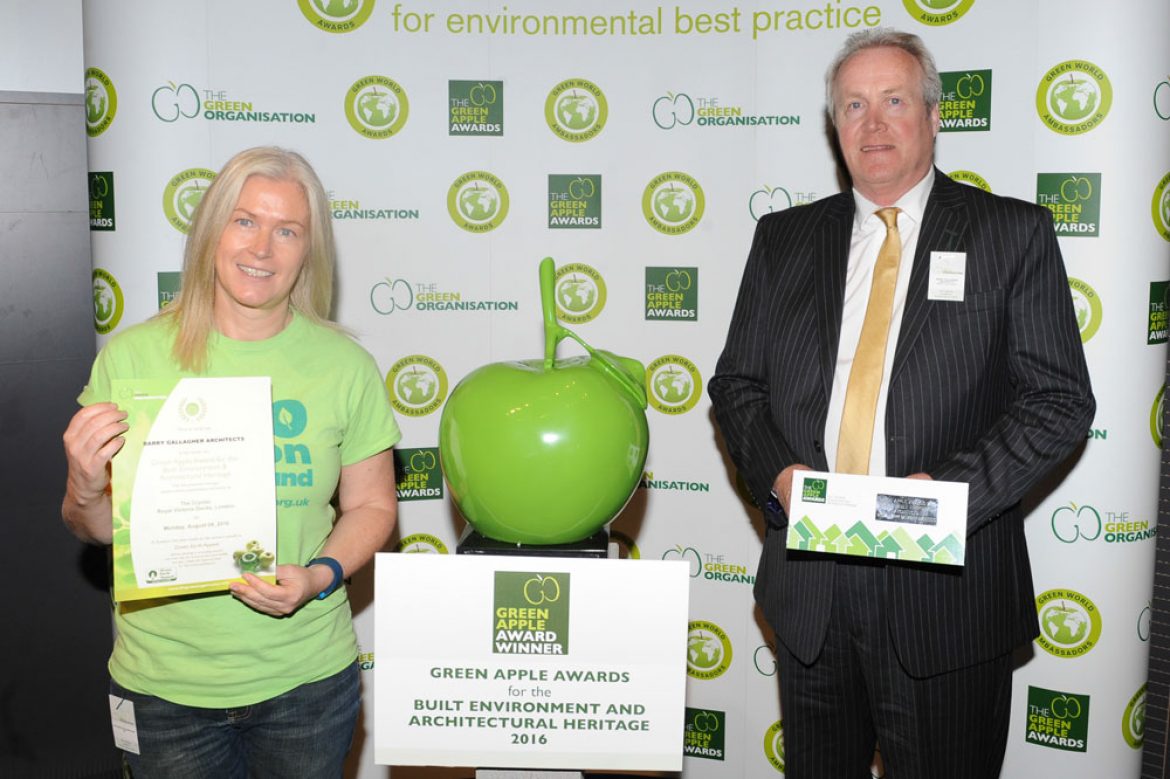 ZeroHome System are delighted to announce their acquisition of a second International Green Apple Award presented to ZeroHome System developer Barry Gallagher at a prestigious national event held in’The Crystal’ – London Docklands- August 2016. It is an exceptional accolade because ZeroHome System are one of only a select number of companies to receive the award twice in consecutive years 2015/16. Our submission competed against more than 500 other buidlings across the globe and our ‘Zero Carbon – ZeroHome System won the architects category and highly prestigious international award in recognition of our environment friendly and cost effective building initiatives. Barry was delighted to receive the award saying, “We are truly honoured to have our system recognised, especially on a national and international level. This is further vindication of the systems real world adaptabillity and integrity being recognised at the highest level. Indeed building upon the 2015 success ZeroHome System has focused on developing the system as a model ‘best practice’ within the construction sector and already have spoken at University events about the system.”